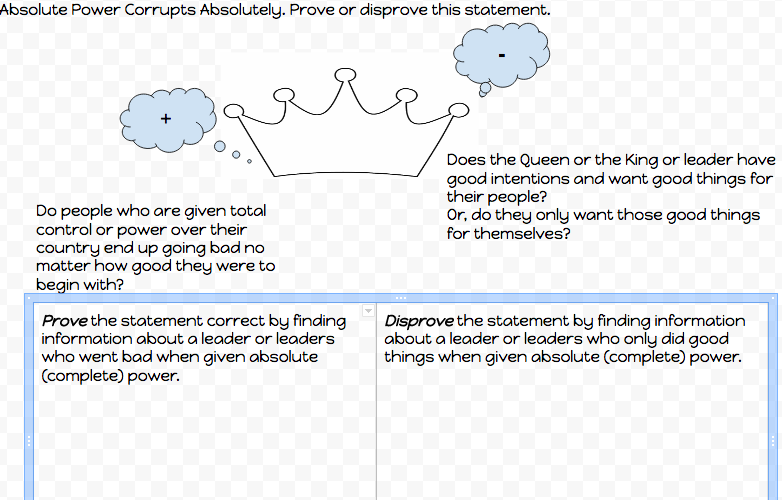 We have been thinking about power and whether people who have complete power turn bad.  So far we have read The Emperor’s New Clothes, thinking about the characters in the story. Some of the comments from readers included:
-The Emperor loves himself!
-He is self obsessed!
-The Ministers are weak.  They don’t have the courage to speak the truth.
-Nobody wants to seem stupid by saying there is no fabric on the loom.
-The child who points out the Emperor has nothing on is the only really powerful character.
-The weavers are the most powerful.  They fool everybody!
-The weavers understand human nature; they know nobody wants to seem foolish.

Many of the students thought that the Emperor seemed to quite enjoy being naked!
We are about to begin a research project on this question and look at examples both for and against.

So, in your opinion, does absolute power corrupt? Leave your thoughts as comments on the blog.
Posted by john at 21:00